In today’s article, we host a study on an important metal, the Boron, a trace element of high nutritional value, playing a vital role in normal development and overall health of the individual.

Below we examine the reasons for classifying Boron as a significant nutritional element for those engaged in sports and especially in Bodybuilding.

As already mentioned, Boron a metal and trace element important for a healthy body development, is also associated with the proper metabolism of other precious and extremely useful metals (such as calcium, magnesium and phosphorus).

Furthermore, Boron increases the concentration of vitamin C, copper and magnesium in the organism, known for its catalytic involvement in the acquisition of a strong bone system.

In fact, specifically recommended for women during menopause to treat osteoporosis, is equally useful for men as well. 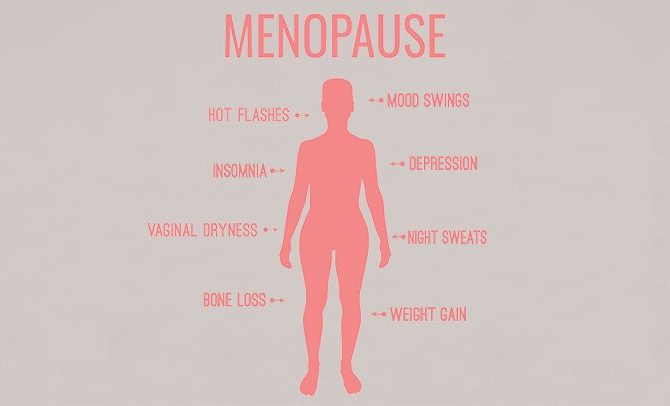 Menopause defined as the period in a woman’s life where a cease of menstruation, appears for a period of more than 12 months,making conception and pregnancy impossible, usually occurring between the ages of 45 and 55 (this not being absolute, presenting exceptions).

Menopause is not a complication or a problem in a woman’s health, but a completely normal condition, an expected evolution of female nature.

A large number of women entering menopause experience a feeling of “liberation” from menstruation, entering a completely new phase of life.

For many women, a change in their estrogen levels (a drop in female hormones) results in a sudden increase in body weight, intense hot flashes, mood swings and problems with bone density.

However, menopause, with a few exceptions, is not a condition requiring medical attention.

The symptoms of menopause do not last indefinitely for the woman after she enters this new phase of life, usually being severe for the first 2-3 years after entering the menopausal phase, lasting for a maximum of about 4 to 5 years after the end of the last period.

The majority of women enter menopause after the age of around 50 years, without this meaning that there have not been women presenting it in their 40s (early menopause) or 65 (late menopause).

As already pointed out, apart from the time a woman entering her postmenopausal phase, even the symptoms displayed by every woman, are different and unique.

The type of symptoms or complications in her body, as well as the intensity of the symptoms experienced vary and relate to various factors, depending on health & physical condition of each woman.

Hot flashes, vaginal dryness, decreased sexual mood (libido) and mood swings are perhaps the most common and characteristic symptoms of a sudden drop in estrogen in a woman’s body.

Usually the impact of these symptoms on the daily life and quality of life of every woman is mild. However, in some cases (quite rare) the symptoms are severe with serious consequences on woman’s health, requiring medical guidance for their treatmemt.

Below certain symptoms for the case of a woman experiencing the menstruation cease:

Correct administration of Boron in a diet could help to improve the metabolism of various important minerals (including magnesium and calcium).

This is the reason why Boron is so necessary especially for women when they enter the premenopausal and menopausal phases.

Boron can help in treating, preventing and reducing the intensity of menopause symptoms, by strengthening the body, preventing muscle loss, bone density loss, as well as weight gain.

According to valid scientific studies, women taking a Boron supplement experienced a reduced calcium loss of about 40 percent, reduced magnesium loss of about 33 percent and a slightly lower phosphorus loss in their organism.

These data play a catalytic role in a woman’s bone density and muscle mass in her postmenopausal period.

Taking Boron via dietary supplements (at times amounts via diet are not sufficient) can help to “activate” the so-called Vitamin D, resulting in higher calcium intake, then translated into an improved synthesis of female sex hormones in the organism, presenting a smaller number of symptoms finally (in number and intensity). 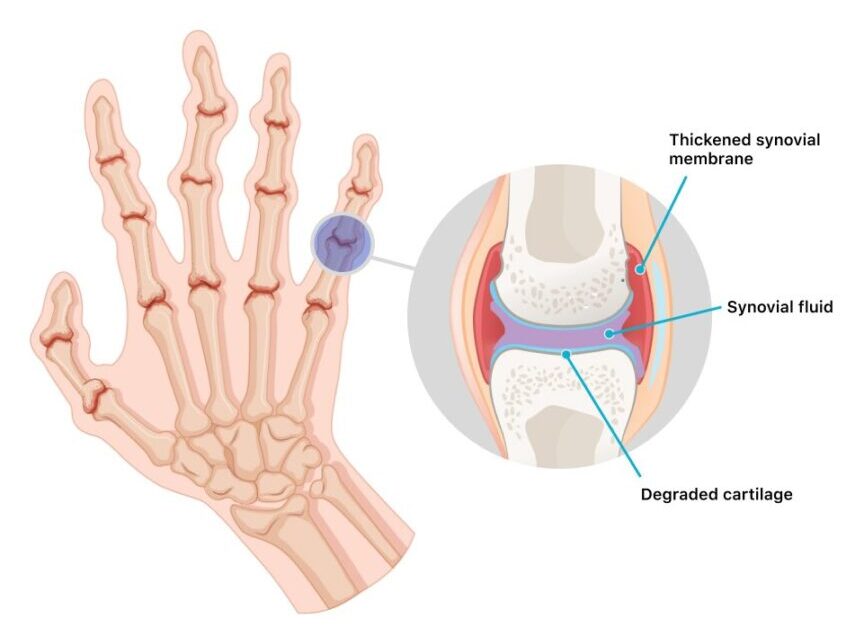 Arthritis is the condition described by severe and acute joint pain. The two most common forms of arthritis are Osteoarthritis and Rheumatoid Arthritis.

Joints are part of human body forming the union of 2 or more bones. When these joints (for a variety of reasons) are in pain, we are talking about arthritis, NOT being just a disease of elderly people.

Both forms of arthritis involve pain, stiffness and swelling. The area around the joint shows noticeable redness, swelling, tenderness and a burning sensation.

Pain can last for relatively short or for whole days, while in some cases there is even an increase of internal body temperature (fever), exhaustion and general malaise.

Stiffness is a hallmark of arthritis (of any form). In fact, many patients report extremely severe symptoms of stiffness & pain, especially in the morning after their night’s sleep.

Due to the painful nature of the symptoms, medical examination and treatment is necessary to help reduce the pain and symptoms, prevent serious injuries and clearly improve the quality of life.

Reduced dietary boron administration may worsen the symptoms of arthritis.

Experts report after repeated studies that the correct dietary administration of Boron can lead to an overwhelming reduction of arthritis symptoms by as much as 90%.

No coincidence that during a bone examination of a patient with arthritis shows almost half the concentration of Boron compared to bones of a healthy person.

Scientific studies have shown that Boron (nutritional administration) also enhances brain function, the person’s memory capacity, his perceptual ability as well as its ability to concentrate on the object dealt with.

Insufficient Boron intake via the diet can lead to short or long-term complications in brain function of the individual and especially in its memory.

Many experts draw attention especially to people with a busy lifestyle, increased obligations and intense daily stress and anxiety.

Other cases and health conditions in which Boron intake is extremely important are high cholesterol, cardiovascular disease, vitamin D deficiency, leukemia, and other serious cancers. 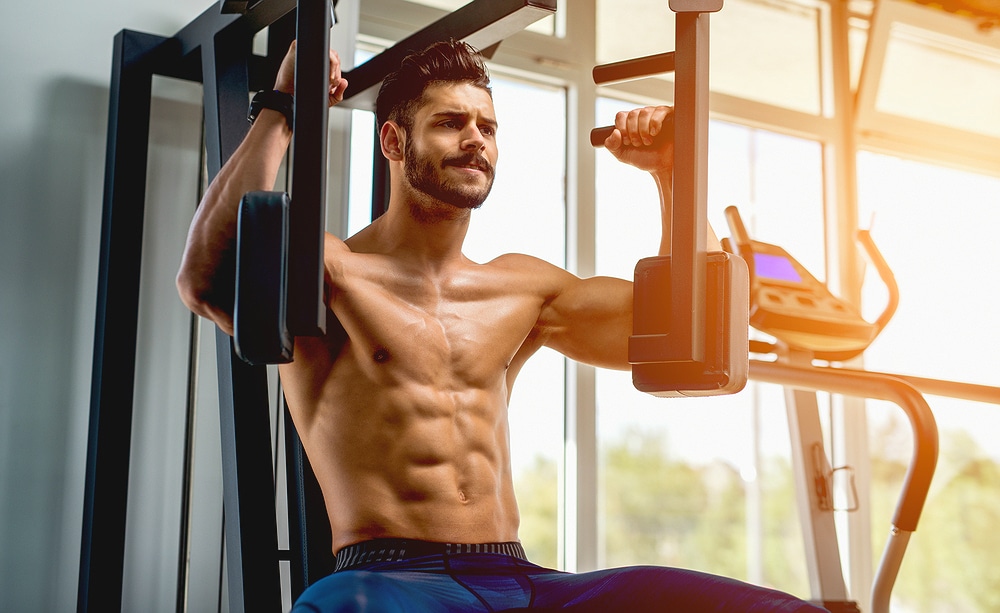 Boron as a trace element plays a key role in muscle rebuilding, bone health and suppression of joint pain in a bodybuilding athlete.

Furthermore, increases the levels of testosterone produced as well as available levels of adenosine triphosphate (ATP).

Boron is widely used in bodybuilding to avoid other hormones or prohormones usually accompanied by serious side effects in the body.

Another reason, bodybuilding and weightlifting athletes use Boron nutritional supplements, is its anabolic and androgenic action and even with no side effects (such as hormonal disorders, alopecia or gynecomastia).

On the contrary, taking anabolic steroids for enhancing athletic performance leads to an increase in a specific enzyme in organism, called aromatase, increasing female hormones (estrogen), hormonal disorders and side effects of anabolics already known.

Systematic intake of Boron can inhibit this process known as “aromatization of male hormone testosterone” and increase androgenic and anabolic activity in organism, leading to an athletic performance.